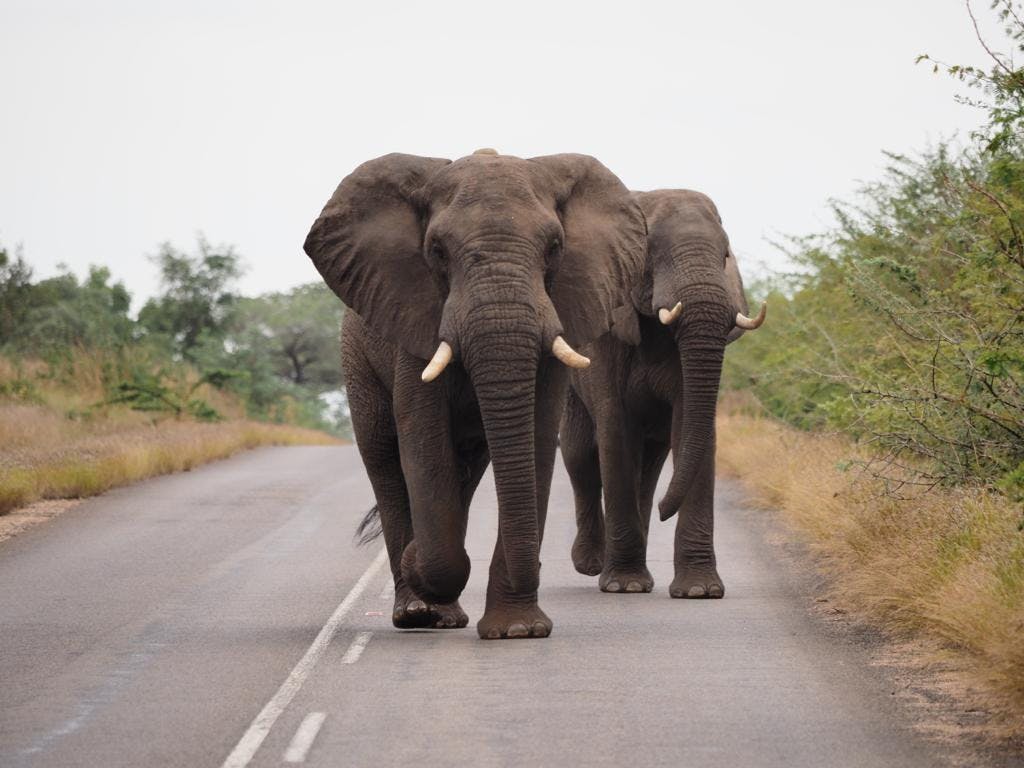 In March 2022, 11 bull elephants started an epic journey that saw them move over 800 km from southern Mozambique, across Eswatini (formerly Swaziland), to the Kruger National Park in South Africa. Their extraordinary and harrowing trek was captured in this first-hand account by ECF grantee Dr. Michele Henley of Elephants Alive. Leading this group was a young bull nicknamed Trailblazer that had been collared in Mozambique by ECF partner the Mozambique Wildlife Alliance, allowing him and the rest of the group to be monitored. They travelled safely from Southern Mozambique through Eswatini, but had issues after they entered South Africa in early May. They were shot at five times by civilians when they found themselves jammed between two densely populated communities just 10km from the border, and one was severely injured. Of the initial group of 11, only Trailblazer made it as far as the Kruger National Park, however, he was not able to get in due to the boundary fence.

Four of the other bulls were found further south-east and, along with Trailblazer, were successfully darted and moved within the National Park by SANParks management, in collaboration with the provincial administration, Mapumalanga Park and Tourism Agency (MPTA). The injured bull sadly had to be euthanised. The other five missing bulls are thought to have headed back to Eswatini. This disturbing story highlights the challenges that elephants face in an increasingly developed and fragmented landscape, the value of collaring elephants to monitor their movements, and the importance of transfrontier protected areas and wildlife corridors to give them the space to roam safely.