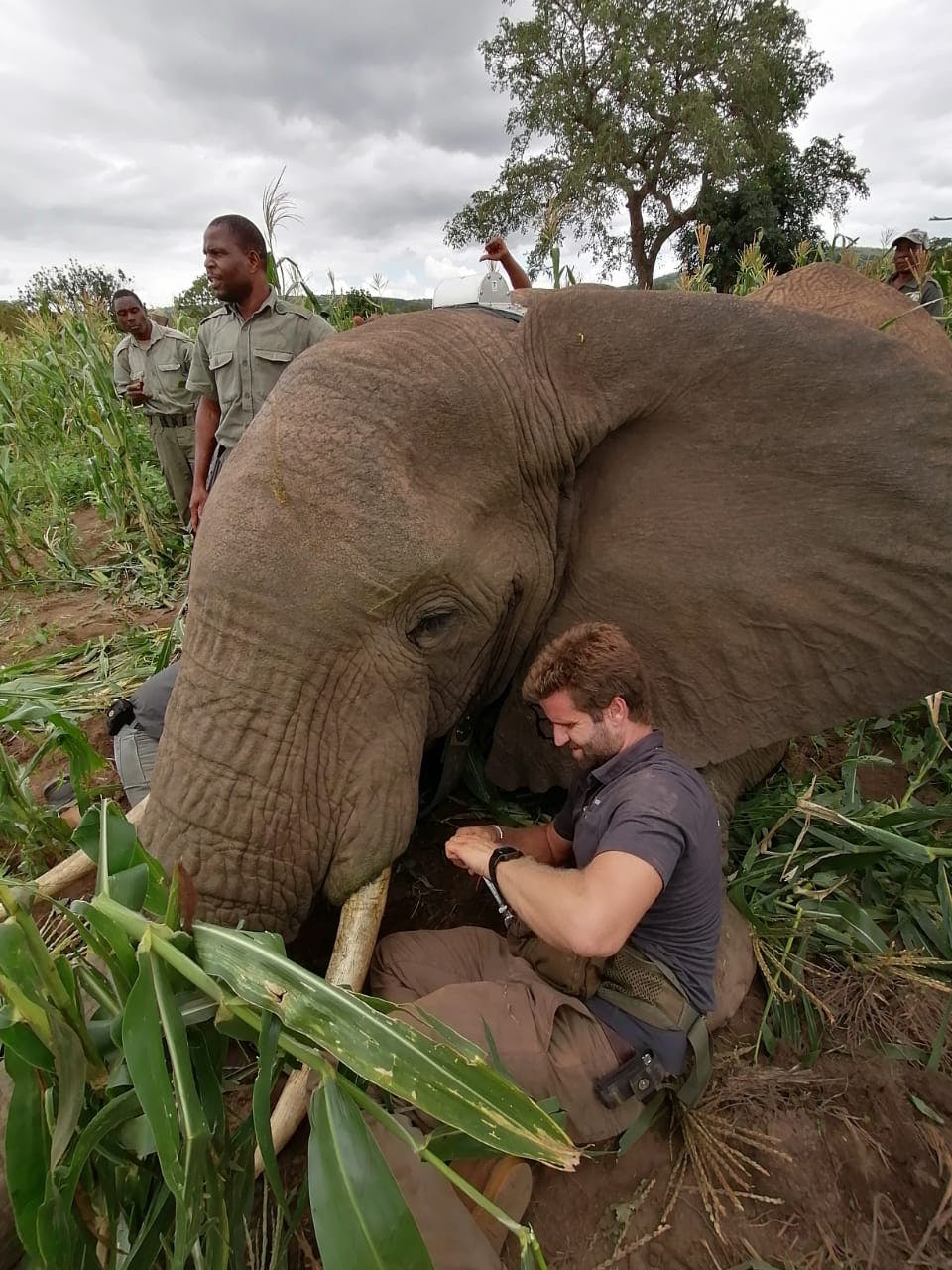 Elephant movers and the shakers: the three musketeers

Since 2016, Elephants Alive started collaring elephants in Mozambique, building on our 18-year elephant tracking history in South Africa prior to this. In 2018, together with the help of Administração Nacional das Áreas de Conservação (ANAC), the Mozambique Wildlife Alliance (MWA), and our donors (Elephant Crisis Fund, Jamma Foundation, Oak Foundation, Save the Elephants, USFWS and some private donors), we started collaring several elephants outside of the protected areas in southern Mozambique. The collaring operations were conducted by our dedicated colleagues Drs. Carlos Lopes Pereira, Joao Almeida, Hugo Pereira and Hagnesio Chiponde and have revealed some extraordinary journeys. While the corridor-moving elephants have been mapping the connectivity of a larger landscape with their tracks, on the other side of the globe, 14 Asian elephants wandered from Xishuangbanna, a nature reserve in China’s southwestern province of Yunnan, to complete a journey of more than 1300 km in over a year. The local government deployed many drones, 25 000 police and 1500 emergency vehicles to keep both humans and elephants safe. The elephants were given bodyguards and tonnes of food to allow them their passage. The State TV followed their every move with the hashtag #WhyElephantsTrekkingNorth and was viewed more than 16 million times on Weibo. Drone footage of them sleeping attracted 200 million views per day.

Our bachelor herds of trailblazing bulls have been forging extraordinary routes without the fanfare after first resting in the Kruger National Park over high summer. Like their Asian counterparts, they have crossed busy roads, densely human dominated areas, commercial farmlands, mines and subsistence croplands, mostly under the cover of darkness and at high speeds, leaving only their leaf-like footprints behind.  Sightings of three elephants have recently been reported in unusual places in Eswatini and because of the collars on two of the bulls, we are able to follow the three musketeers’ incredible journey 24/7 and in real time.

Swazi was first collared on the 25th of February 2020, thereafter entering Swaziland (Eswatini) on a short trip and by so doing earning his name. Little did we know that this young bull would form part of a clan of elephant movers and shakers. In his first year of being collared from the 25thof February 2020 to 2021, he moved an extraordinary 4390 km across South Africa, Eswatini and Mozambique. Since then, he has added another 1440 km to the clock after picking up some mates before returning to his namesake country (Eswatini). Swazi made history on the 16th of September at 17h00 by providing visual evidence of a linkage between the Kruger- and Tembe National Park. Upon reaching his destination, even Tembe seemed to be too small as he marched up and down the western boundary a few times before moving north and thereafter linking with a newly collared elephant we named Gatuno. Together they have moved 430 km, first seeing whether they can enter Maputo Special Reserve on the coast. After realising that they can’t cross the swollen Maputo River, they decided to head south to cross into Eswatini. They continued north and after going for a dip in Mnjoti Dam, the three musketeers have slowed down a bit in Hlane Royal National Park where they have probably sought out the company of some other resident elephants. Their directional paths tell us that they are no strangers to Eswatini.

Why is it important to follow the lives of trailblazing bulls such as Swazi and Gatuno? These elephants become vital landscape planners that help guide socio-economic development in harmony with wildlife. We are given an opportunity to plan ahead of time to prevent the fragmentation of the landscape and ensure sustainable biodiversity objectives. Establishing corridors which link Protected Areas across international boundaries and within countries become vital to extensively increase elephant habitat and potentially channel elephant movements to National Parks that have low elephant densities or are in need of repopulation following the recent declines in areas due to the illigal trade in ivory. In regions that have experienced high poaching levels in the past and with the recent evidence that tusklessness is becoming more and more prevalent as a consequence, it is also important to maintain the genetic connectivity between isolated subpopulations of elephants to counter these trends. Path finding bulls represent important public liaison agents as they promote cross-border communication between stakeholders. Here we are communicating across borders and political boundaries because of their journeys. In Mozambique, we owe our friendships and cooperation with other dedicated conservationists to the movements of the elephants. Already the three musketeers have helped us forge new friendships in Eswatini. The movers and shakers in the elephant world are not only connecting landscapes but people as well.

In their wake, Swazi and his co-pilots have linked two Transfrontier Conservation Areas (Great Limpopo- and Lubombo TCA), two South African National Parks (the Kruger NP and Tembe NP) over an international border and linked three Protected Areas in Eswatini (Big Bend Conservancy, Mkhaya Game Reserve and Hlane Royal National Park). The three musketeers also came 50 km short of linking the Songimvelo-Malolotja TCA whilst in Eswatini. They have shown us that although declared Transfrontier Conservation Areas have gone a long way to assist with the large spatial requirements of elephants across international borders, our thinking is still too small.

If you are fortunate enough to sight the three musketeers, look out for the mischievous glint in their eyes which almost gives away their secrets of great journeys and dangerous adventures. While placidly feeding in a Protected Area, you would never know about their high-speed nocturnal forays at night. From the story boxes they carry around their neck (collars), we can download the routes to their networks of paths that cover great distances. Often the elephants will line their movement corridors with seeds they ingested in other countries which grow into tall trees they may plant like flags mapping their routes of adventure. Their big bodies and institutional memories for far off places are not made for small enclosures or fences. They will push our boundaries. They will keep at it until we pay attention. They will remind us how big our conservation planning should be. They will stretch your imagination. They will keep trying your patience if your thinking is too small. Eventually, you will understand what they are trying to tell you. The three musketeers are symbolic of a freedom that we have changed, boxed and parcelled, sold and fragmented. They remember a landscape before political strife. The three musketeers represent the living enactment of the principles of the African Philosophy of Ubuntu, highlighting the importance of respecting the interconnectedness of people, wildlife, and landscapes. Let us thank them for their courage to remind us that we are all connected and part of one landscape.